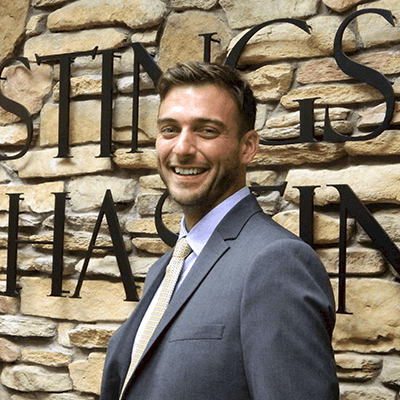 Michael Golato graduated with a B.A. in Political Science from the University of Arizona in 2011. As a student, he volunteered with various political and philanthropic organizations, lending much of his time to the support and rehabilitation of impoverished families in Arizona. Mr. Golato received his J.D. from Hofstra University School of Law, where he was elected by his peers to serve as a Senator in the Student Bar Association. After graduation, he made the decision to return to Arizona, where he was admitted to the State Bar in 2016. He became a proud member of the Hastings and Hastings team in 2017.

Mr. Golato has a background in the automobile insurance industry, with experience in the areas of claims handling and company arbitration. He is an enthusiastic sports fan and maintains a fond allegiance to his hometown, the City of Champions, Boston, Massachusetts.